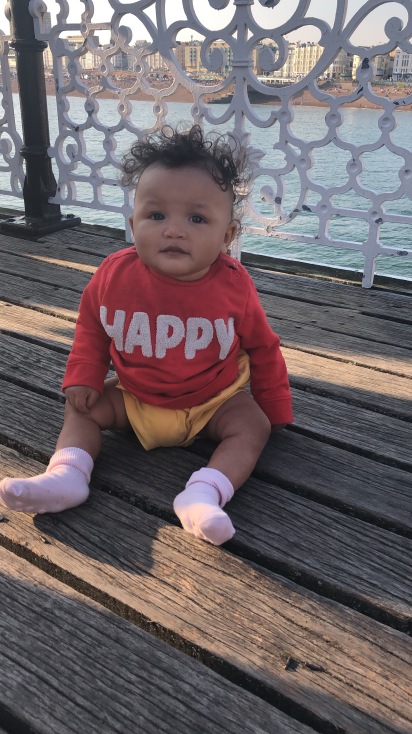 This may be a controversial subject.
I came across people with different opinions. However, I personally don’t mind feeding my baby on demand, co-sleeping and holding my baby a lot.
They grow so fast! Others will say that Vienna is spoilt, but the real question is: “Is she?”
I came across a great book which says that it is impossible to spoil your baby.
A baby’s only way of communicating is crying, so every time they cry they are telling us that something is wrong. They ask for as much as they need!
Unfortunately, some parents have been led to think that babies must learn to be alone some part of the time.
Parents also fear that too much cuddling and loving babies will only make babies want more. They are afraid that they will get no peace as infants will grow to be more demanding.
A study has been recently done on mother to infant interaction.
Researchers found that infants whose mothers held them for long periods of time during the first three months tend to be fairly independent by the end of the first year compared to the other group.

What about responding to crying?
Experts used to warn parents not to react to babies when they cry straight away for the fear of producing ‘spoilt’ and demanding children.
As I mentioned before, many people still believe that this is the case. They claim that if you ignore some of the crying, their crying behaviour will eventually stop.
This is exactly what happens with infants whose demands are never responded to. They stop crying altogether.
They also become retarded in almost all aspects of development, and they fail to form healthy attachments. They become human beings who tend to give up.
Researchers have found that mothers who were the most responsive, had babies who became less demanding and fussy, but not at all passive.
It is very important to respond to your baby and fulfil their needs especially in the early stages of life.
During the first few years, babies form an opinion about themselves, other people and the world in general. A baby whose cries are responded to, may develop a sense of trust, feeling of empowerment and self-esteem.

Opposite, to baby whose cries are ignored, may grow that she/he cannot count on other people to meet their needs.
And they may never fully trust people. They may also learn that they have no power to determine what happens to them, and may grow up feeling powerless and helpless, as well as unworthy, unlovable, or unimportant.
Babies do not try to manipulate their parents, all they know is that they have needs!
Do you agree with this post? What was your experience in motherhood like?
Please show me some love and like this post, share the content and comment below.
Love and peace ✌
Kasia